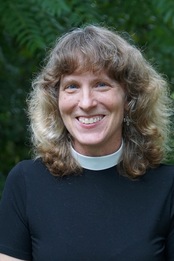 The Reverend Sarah is a second-career priest from the Diocese of Washington who graduated from the Virginia Theological Seminary and was ordained in 2014. For the past two years she served as Priest Associate at St. Paul's Memorial Church (Charlottesville) while completing her Masters in Ethics in Religious Studies at the University of Virginia. At St. Paul's she oversaw the Liturgy of the Word for children and preached and celebrated Mass as scheduled.
Before receiving her call to the Priesthood, The Reverend Sarah had a challenging and fulfilling career in Medicine (Neuropathology and Forensic Pathology). She served for many years as a physician in the Office of the Chief Medical Examiner for the District of Columbia, where she worked closely with families who had lost loved ones in the most grievous circumstances.
The Reverend Sarah's family and church backgrounds are as diverse as St. Patrick's. Her son and daughter are half African-American, and her niece and nephew are half Chinese. Her previous parish, which raised her up for ordination, has a large Liberian population. It is one of the seven parishes in the Episcopal Diocese of Washington that have started Spanish language services. This little bit of history gives the back-story of her deep commitment to working with folks from diverse cultures and walks of life. 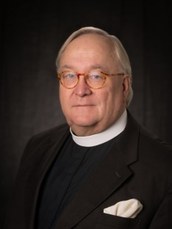 The Reverend H.B.W. “Bernie” Schroeder became the Interim Rector of St. Patrick’s on March 1, 2015.  Father Bernie is a graduate of Nashotah House Theological Seminary (MMin ’09).  For the eighteen months before coming to St. Patrick’s, Fr. Bernie worked as an intern and then as Deacon at two churches in the Northern Neck, Trinity and St. Mary’s Whitechapel.  Fr. Bernie was ordained a deacon by the Rt. Rev. Shannon S. Johnston on August 2, 2014; he was ordained to the priesthood by The Rt. Rev. Susan E. Goff on February 14, 2015.

Before entering Holy Orders, Fr. Bernie had a long and distinguished career in Washington, DC in politics, government and business.  He has served as Chief of Staff to a United States Congressman, Vice President of Governmental Affairs for a major utility and he retired as President and Chief Operating Officer of yet another utility.  It is his secular experience that brought the Diocese of Virginia to suggest him to St. Patrick’s as Interim Rector.  Fr. Bernie also serves as Bishop Johnston’s deputy for governmental affairs and as liaison between the Diocese and the Diocese of El Salvador.

Fr. Bernie is a graduate of Michigan State University (BA, English); a veteran of the United States Army, holds licenses as a pilot and sea captain and is an accomplished folk guitarist.

Fr. Bernie and his wife of 46 years, Carol, live in Chestertown, Maryland.  Their adult son, Paul, lives with his family in Rockville, Maryland. 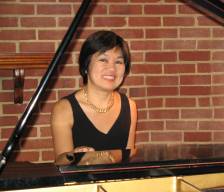